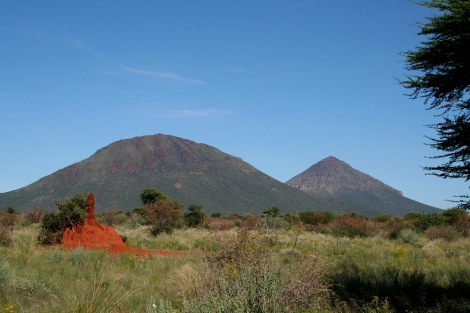 termite hill in the Namibian countryside

After we had spent six days in the wildlife paradise of the Etosha National Park, our holiday was almost over and we slowly returned to Windhoek to catch our flight. 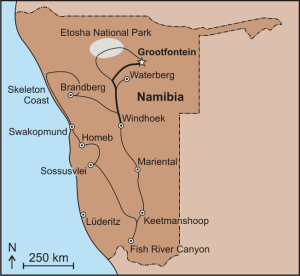 On the way to Windhoek, we passed several significant spots. Tsumeb is a small, seemingly unremarkable town close to the Etosha National Park, but has a long and very important mining history. Throughout the 20th century, the mine produced more than 30 million tons of ore, especially copper, lead, and zinc. In addition, a large number of new minerals were first discovered here.

Just a couple of kilometres further down the road and close to Grootfontein lies the Hoba Meteorite. With a weight of more than 60 tons, it is the largest known meteorite as well as the largest naturally occurring piece of iron on the earth’s surface. It hit earth approximately 80,000 years ago, but its speed was too slow to form a big crater.

The last stop of our journey was at the graves of the Herero Leaders in Okahandja (70 km north of Windhoek). At this place, the most important chiefs of the Herero people are buried, including Tjamuaha (1790-1861), Maharero (1820-1890), and Samuel Maharero (1856-1923). This is certainly a sensitive place to visit for Germans considering that German colonialists killed tens of thousands of Herero during the Herero and Namaqua genocide at the beginning of the 20th century. 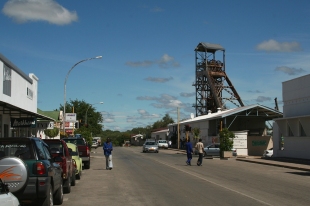 old mine shaft in Tsumeb

path to the Hoba Meteorite 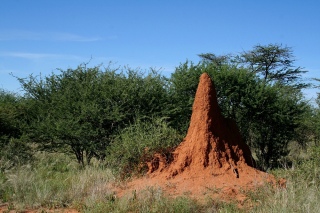 grave complex of the Herero Leaders: the grave of Tjamuaha and Samuel Maharero is in the background

Once we reached Windhoek, our three weeks in Namibia were over and a plane took us back to Germany. However, I stayed at home only for ten days before leaving again – this time to China for research and further adventures! 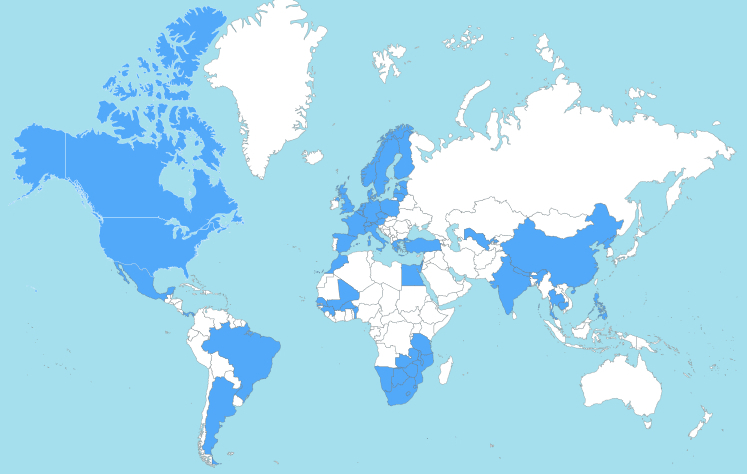 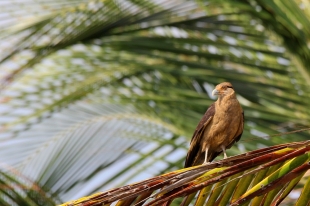 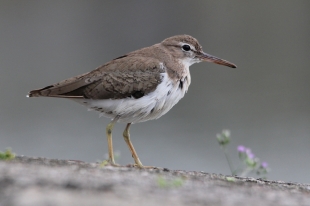 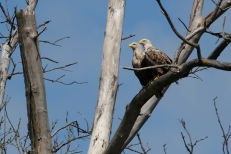 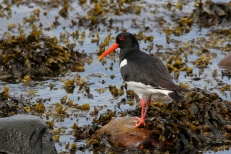 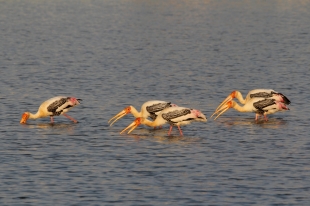 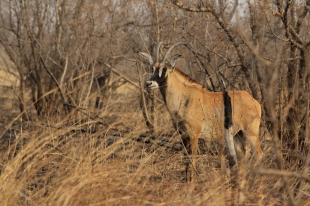 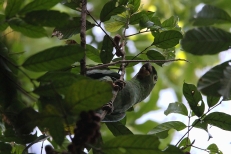 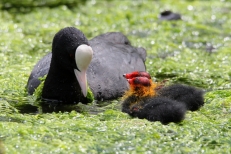 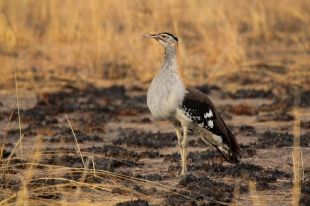 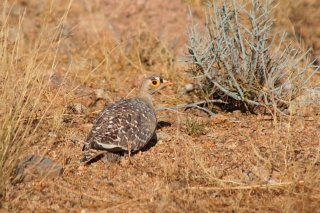